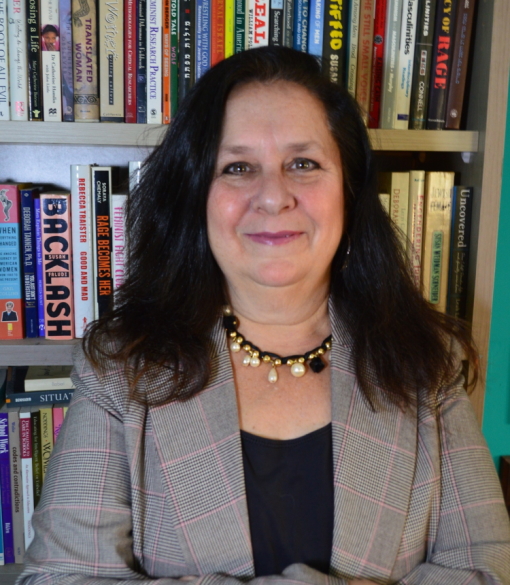 Elana likes to say, “70 panim latorah – 70 faces of torah – actually refers to people. We all have lots of faces, and they are all beautiful and creations of God.”

Elana grew up in Flatbush, in Brooklyn, NY, in a modern Orthodox family and community. She became an Orthodox feminism in her mid-20s as a result of life experiences as well as being active in the struggle to help agunot, chained women. She spent nearly 20 years in that movement, helping to build organizations, communities, and shuls, and writing books and a doctoral dissertation in anthropology and education. In 2015, she started the Center for Jewish Feminism, offering courses, webinars, and other programs to advance Jewish communal conversations and activity around gender issues. The signature course in 2015 was Dynamics of Jewish feminism, an 8-week deep dive into feminism with over 20 presenters on a variety of important topics. In 2017, she began to be more heavily engaged with political activity, serving as Vice Chair for Media and Policy and then Chair of Democrats Abroad Israel. She also co-founded the Kol Hanashim Women’s party which ran for the Knesset in 2019-20. In between, she switched gears religiously and began rabbinical school in the Reform movement, where she received certification in Spiritual Counseling, but did not finish her rabbinical Studies. In 2020, in the midst of the Covid pandemic, she decided it was time to revive the online connectivity, and reopened as the Jewish Feminist Academy with the inaugural course, “Jewish Feminism Reimagined.”

Elana explains this decision in the introduction to the course:

“I decided to come back to the foundational studies of Jewish feminism because so much has changed in our world since 2015 when we ran our Dynamics of Jewish Feminism course. Our world is almost unrecognizable since then – political changes, technological changes, cultural changes, media and social media changes. I mean, there’s Trump, #MeToo, ideological extremism, extreme weather, Black Lives Matter, cyber-attacks, fake news, violence in unexpected places, a global pandemic, antivaxers, anti-maskers, countries closing doors, people hunkering down. The world is spinning, spinning. We’re all spinning. It’s a crazy-making time. So I thought it was time to kind of regroup and ask the questions, how have these changes impacted us, impacted our belief systems, our ideologies, our conceptions of what it means to be Jewish in the world, or what it means to be feminist. Have our goals changed? Have our ideas changed? What is our vision?”

Elana’s goal of the Jewish Feminist Academy and its offerings is to bring people together to discuss the issues that are must burning from a Jewish feminist perspective.

“I’m hoping that as we discuss and share these thoughts and discussions, we can build a community of like-minded people constructing a vision for the world built on the values of compassion and kindness, and the idea that all human beings are human beings.”

That’s the whole Torah. All else is commentary.